My first cup of Rust 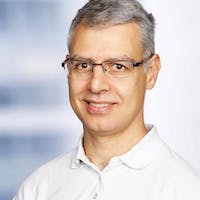 It all started with an informal chat with my friend Anthony. We were talking about languages, and I said that I preferred compiled ones. He then went on to mention Rust. We admitted that we were too afraid to learn it because of its perceived complexity.

After the chat, I thought about it, and I wondered why I didn't check by myself. I did. And I became interested.

There are tons of resources on the Web on how to learn Rust. This post is a memo of the steps I followed. It's probably less structured than my other posts but I hope you might benefit from those notes anyway.

The main entry-point for learning Rust is the official Rust book.

In the book, the installation method is with curl. IMHO, this approach has two downsides:

Fortunately, a Homebrew package exists. It's a two-step process:

It outputs the following:

As a "modern" language, Rust provides a lot of different features beyond the syntax. Among them is the ability to create projects via the cargo command based on a template.

Alternatively, your favorite IDE probably has a Rust plugin. For example, JetBrains provides a one for IntelliJ IDEA.

Whatever the chosen approach, the project is under source control. It displays the following structure:

To run the default project, use the cargo command inside the project's folder:

It starts compilation and then executes the application:

If you follow along, you might notice that a new Cargo.lock file has appeared after the first run. It plays the same role as Ruby's Gemfile.lock and npm's package-lock.json.

Now is the right time to inspect the source file. I believe that even if it's the first time you see Rust code, you can infer what it does:

My hands-on learning approach requires a goal. It must not be too simple to learn something but not too hard, lest I become discouraged.

At first, I wanted to create a simple GUI application, the same I used to explore JVM desktop frameworks. But after reading about the state of GUI frameworks in Rust, I decided against it. Instead, I chose to lower the bar and implement one of the Java exams I had given to my students.

The exam defines a couple of model classes that serve as a foundation for the work. I did split the work into "exercise" classes. Each class contains a single method with either an empty body for void returning methods or a dummy return value for others. I wrote the instruction in each class: it's up to the student to write the implementation that returns the expected result.

Let's start small and define only part of the model.

Here's how it translates naively into Rust:

In Java or Kotlin, we organize our code in packages. Rust has packages, but it has different semantics. It also offers crates and modules. Rust's modules are similar to Java's packages.

Here's the overview of a sample package: I must admit the official documentation confused me. This thread is a pretty good explanation, IMHO. The above diagram represents my understanding of it; feel free to correct me if necessary.

Let's move the model-related structures to a dedicated model module in the library crate to understand better how it works. To achieve that, we need to create a lib.rs file - the common name - that defines the model module:

Our project now consists of a binary and a library. The library crate contains one module that includes the model.

We will also create the functions to implement in a dedicated solutions module. Because solutions need to access the model, we need to set its visibility to public. And since we want to test functions in solutions, let's make it also public.

The exercise A class requires that given a collection of Group, we should return the Group that has the most members, i.e., the largest group. Note that in the initial exam, A and I are similar. However, students should solve A by using "standard" Java for loop and I by using only Java streams.

This single implementation warrants many comments:

The code looks fine until we try to compile it:

That's the start of Rust's fun.

I don't want to paraphrase a whole section of the Rust book. Suffice to say that references are valid in a specific scope, and when the latter cannot be inferred, we need to be explicit about it.

The static lifetime mentioned in the hint means the reference will be valid until the end of the program. In most cases, that's not necessary. Instead, we should bind the lifetime of the returned value to the lifetime of the parameter. Lifetime hints look a lot like generics with the additional '.

Because the function uses the groups parameter, it borrows it and becomes its owner. In our context, the function doesn't modify groups; hence borrowing is not necessary. To avoid it, we should use a reference instead and set the lifetime accordingly:

Now, the returned value has the same lifetime as the parameter. At this point, the compiler can correctly infer the lifetime, and we can remove all hints.

For tests, we need to:

Traits for the win

It fails miserably with two errors:

The compiler detects two errors. Let's handle the second one first. Something bad happens, and the compiler wants to print the structure in detail to help us understand. It needs the Group structure to implement the Debug trait. Rust's traits are similar to Scala's and Java's interfaces (with default implementations).

You can add a trait to a struct with the derive macro. It's a good idea to make both our model classes "debuggable":

The first error above tells that Group cannot be compared using == because the PartialEq trait is missing. It's tempting to add this trait to Group, but now the compiler throws a new error:

To understand it, we need to look at the documentation of PartialEq:

A solution is to "override" the default trait implementation and decide what it means for two Group to be equal. A more accessible alternative is to add the trait to Super as all attributes of Super can then be compared using PartialEq.

More ownership you'd ever want to know about

At this point, we would hope that the code compiles, but the compiler still complains:

We talked briefly about ownership above: the error is related. In line 16, groups gets ownership of the group variable. As a consequence, we are not allowed to use group after that line.

Like all ownership-related compiler errors, the reason is pretty straightforward: groups could have been cleared so that group wouldn't exist anymore. We could try to copy/clone group, but that would be neither efficient nor idiomatic. Instead, we need to change our mindset, completely forget about group and use groups. The new version becomes and finally compiles:

The original Java project provides test samples so that students can quickly check their solutions. The idea is to create immutable instances that you can reuse across tests. For that, Rust provides the const keyword. Let's create a dedicated file for samples:

It fails with an error:

You might have wondered why the String::from() function call. By default, double quotes define a string slice and not a proper String.

Since constants need to be initialized by a simple assignment, we cannot convert the type. We have to change our model class:

In turn, we also need to change the signature of the solution:

Likewise, we change the attributes' type for Super and again Group:

At this point, we can add Super constants and use them in Group constants:

Compilation fails again... what a surprise, but this time for another reason:

It seems that constants are not a good fit for samples. Instead, we should implement functions to generate them. This way, ownership won't get in our way.

Finally, we can implement the last test case:

Among all benefits of Rust, I did enjoy the most the user-friendliness of the compiler error messages. With just my passing understanding, I was able to fix most of the errors quickly.

I might not have gotten everything right at this time. If you're an already practicing Rustacean, I'll be happy to read your comments.

The complete source code for this post can be found on GitHub: